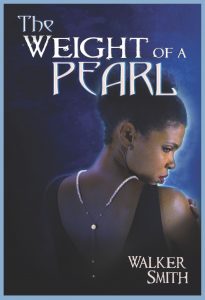 In a war-torn world, a novel so intimate it whispers with feeling….

In 1937, a young trumpet player called Doc leaves Harlem with the Abraham Lincoln Brigade to fight in the Spanish Civil War. Eight hundred miles away, a little girl named Pearl is fighting a child’s war against poverty and paternal abuse in a Chicago tenement.

Spain’s defeat leads directly to World War II. For the honor of Spain and self, Doc heads off to fight another war. Meanwhile, Pearl discovers the power of her voice and begins her own odyssey.

By 1946, the war is over and New York is sizzling with the sounds of bebop. Doc returns to find peace in the music, but everything changes when the band’s new singer walks into the club. Her voice is as deep and arresting as her dark eyes, and her name takes up residence in his mind. Pearl.

After a turbulent start, they ease into a healing love and claim Harlem as their small piece of America. But soon a new war is rumbling. As a deadly strain of heroin floods their streets, Doc is targeted by the House Un-American Activities Committee, and Pearl falls under the scrutiny of a stalker with a badge. Doc learns that everything is linked, and must revisit a chilling question he still carries from Spain: What constitutes an act of war? And what is he prepared to do about it?

“Smith (The Color Line) unflinchingly depicts a painful story of survival in a “damn mean world.” Pearl Sayles and her younger brother, Ronnie, are black children in 1930s Chicago who struggle through hard times living with an alcoholic father until they can escape with their mother. Years later, at 17, the mature, sultry-voiced Pearl tries singing at a nightclub, and later moves with Ronnie to Harlem; it’s there that her talent develops into a career while her brother strives to find his own purpose, encountering difficulties in finding work and a true sense of self. Pearl captures the attention of an accomplished trumpet player, Doc Calhoun, who fought first in the Abraham Lincoln Brigade in the Spanish Civil War, then in WWII. The love they build carries them through the McCarthy hearings, in which Doc is targeted as a communist for his service in the Brigade. Pearl and Doc battle internal and external demons as they raise their children in Harlem tenements, where the clouds sometimes seem to “cover the shame of their existence in the shadow of American affluence.” Fluid prose and gritty realism will hold readers’ attention throughout this tale of life through the eyes of an abuse survivor and a war hero whose courage is tested at home as it had been abroad.” (BookLife) — Publisher’s Weekly

“Smith has woven a compelling, character-driven narrative in which readers should quickly become emotionally invested . . . Her prose is matter-of-fact and laden with poignant details that unlock the darkness that haunts the story . . . An engrossing tale of romantic and familial love set against the exciting radicalism of the ’40s and ’50s music, drug, and political cultures.” — Kirkus Reviews

The Weight of a Pearl: Interrogation Scene

I just finished another Walker Smith novel, “The Weight of a Pearl,” and once again, found myself caught up in the period of time the book encompasses and how much of it relates to issues we still deal with today.

Pearl, my favorite hero in the book, maneuvers through the trials of growing up in 1930s urban Chicago along with her troubled brother, Ronnie, and survives many of the perils familiar with growing up black, poor and not much to hope for.

One of the author’s key elements that I’ve found is that in addition to being absorbed in the in depth slice-of-life story, I learned about Americans, called The Abraham Lincoln Brigade, who fought in the Spanish Civil War against the orders of the American government during the 30s. Many black people felt compelled to join the fight as they experienced many similar struggles of the Spanish people. This is some of the little know history Walker Smith often writes about. I came away from this book with new, useful information!

Walker Smith weaves you through urban Chicago, Spain and winding up in Harlem, New York. After returning from the war in Spain, trumpet player, Doc Calhoun, former Abraham Lincoln Brigade soldier, returns home to fight another war. Heroin use runs rampant in Harlem and for his part in the Spanish Civil War, the House Un-American Activities Committee shadows him. Pearl, now a jazz singer with struggles of her own and Walker’s reminder of how taboo issues, such as homosexuality were looked upon.

After finishing this book, I felt as though I had intimately come to know Pearl, Doc, Ronnie and a time gone by in a personal way. I felt connected. — Anonymous

I think my favorite part of the whole book (and there was much to love about it) was when the author quoted Hitler, stating “If you tell a big enough lie and tell it frequently enough, it will be believed.” Maybe in reminding people of the ignorance and horrific acts of Hitler, it might open their eyes to the statements made by their own President (Trump) who gets away with lying to the American people every day. Great job on recapturing history and combining it with the issues of the present day! Love it!

Honestly, I never thought I could find a novel that I couldn’t put down! (And I mean that in more ways than one!) I have always preferred biographies or non-fiction to novels. When a friend told me that “The Weight of a Pearl” was different and convinced me to give it a chance, they were right – I was not able to “put it down” In fact, it made me realize something – novels can be great, if you read the right ones, written by the right author — like Walker Smith. This one was more than just right, though. IT WAS FANTASTIC! Where did Walker Smith come from? And why isn’t everyone talking about her yet? I carried this book around with me everywhere I went, just so I could find out what was going to happen to Pearl next. I felt her pain, and found myself constantly thinking about her and little Ronnie and Doc. When Ronnie was taken away by his abusive father, my co-workers thought something had happened to ME because I walked around the office with this “worried” look on my face. I had to get back to the book to find out what happened to him!! That’s how wrapped up I was in this story. Amazing work – I can’t wait to read what Walker Smith writes next!!

In “The Weight of a Pearl,” Walker Smith once again boldly calls out by name and expertly maps the territories travelled by those whom you will not find in history books:

The forgotten American soldiers of the Spanish Civil War – fighting against the wishes of their own government in a foreign land for nothing more – or less than – the value of human life.

Harlem jazz musicians reaching for, but never quite catching, the brass ring.

Artists struggling with addiction; hustlers trying to stay alive; and families saved by a love too strong to be denied.

From battlefields in foreign lands to the equally fierce and frantic streets of New York City in the mid-1900s, this novel immerses these unlikely heroes in artfully composed scenes of action and suspense. The pages turn fast as you eagerly follow them to the end of this unforgettable journey.

I’ve heard Blue Notes described as the notes you hear between the notes that are played.

Each character in “The Weight of a Pearl” is a blue note of perfect pitch – powerful and resonate. You’ll hear their voices and feel their music long after the diamond needle lifts off the groove of this treasured record. Forgive me for speaking in metaphor; of course I meant to say after you close the back cover of this wonderful book.

But that’s the Walker Smith experience – lyrical writing that is timeless in structure, flawlessly executed, and satisfying to the soul.

Like in a beautiful song; these Blue Notes make the sweetest music of all.

In Chapter One of The Weight of a Pearl, you will meet a little boy named Ronnie. Life in the Black Belt of Chicago during the Great Depression is difficult enough, but Ronnie and his sister Pearl also suffer physical and emotional abuse at the hands of their father Victor. Their mother Alva finds ways to make her children happy and does her best to protect them. But on Ronnie’s sixth birthday, Victor kidnaps him.

Cut off from Pearl and Alva, Ronnie is living a prison sentence of loneliness. With each year, he grows more bitter and detached, finding his only comfort in the fantasy world of books. By the time he is fifteen, he has discovered a secret about himself that makes escape from Victor more urgent than ever. He hatches a cunning plot that must not fail.

Pearl Sayles is her mother’s seven-year-old ally in the cause of protecting Ronnie. To allay her fears of her abusive father Victor, Pearl clings tightly to her little brother and depends on her mother Alva to guide her thoughts away from the edge of troubled places. Alva fights fear with something she calls “Mama magic” and conquers violence with her own brand of bootstrap heroism.

At age fifteen Pearl discovers that she has a voice and begins to sing all the sorrows of her young life. But as she grows up, she embraces the value of her name and finds strength in it. A pearl is the symbol of pure love, and the weight of its meaning is sometimes her burden, but always her inspiration. With each chapter of her life, even when she fails, she never betrays her mother’s greatest gift—her name.

After making her way to New York, she walks into a nightclub one evening and meets a trumpet player named Doc Calhoun. She has no idea how this quiet man will change her life.

After growing up as an orphan in the rough streets of East Harlem, Doc educates himself by reading books at the library and ultimately taking courses at city college. A musician on his block teaches him to play the trumpet and it soon becomes his deepest passion.

When he is nineteen Doc takes an intense interest in the swirl of news about the civil war in Spain. After attending a rally, he signs up with the Abraham Lincoln Brigade to join the fight against Franco, Hitler, and Mussolini. He sees the pervasive evil that links Mussolini’s attack on Ethiopia, Franco’s war on the Spanish loyalists, and the oppression of Negroes in America. For the first time in his life, he has found a cause he is willing to die for. Unity.