The Passion and the Tragedy of the Spanish Civil War 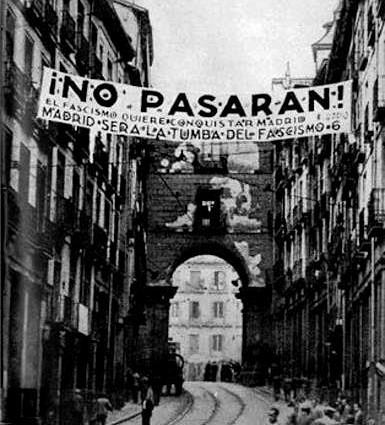 Here I go again. Finding Black History in the most unlikely places. This time, it’s the Spanish Civil War. And yes, it was as American as the dream of democracy.

Q: Who was Oliver Law? A: The first Black man to command an international combat unit. Q: Who was Salaria Kea? A: A nurse from Harlem, who served on the front lines in Spain. Who was James Yates? Alonzo Watson? What about Langston Hughes and Paul Robeson? They all went to Spain to fight the fascism of Francisco Franco, Adolph Hitler and Benito Mussolini.

THE PASSION: Only a great passion for justice would compel these African Americans to disobey the laws of their government to fight in Spain. Perhaps it was their hatred for Mussolini, who had already slaughtered thousands of Black men, women, and children in Ethiopia. Salaria Kea stated her reason plainly: “I know fascism when I see it.”

Langston Hughes used the passion of his poetry to send the message:

I don’t think things’ll ever be like that again—

THE TRAGEDY: What would have happened if England, France, and isolationist America had sent their military troops to crush Franco, Hitler, and Mussolini? Countless lives would have been saved and Spain would not have suffered forty years of Franco’s fascism. And it’s more than a notion that there would have been no World War Two. No Auschwitz, Dachau, or Buchenwald death camps. No little girl named Anne Frank murdered before her life had even begun. No casualty lists of young soldiers who would never come home.

In The Weight of a Pearl, I will tell you one story of a soldier named Doc Calhoun, and how the passion and tragedy of Spain affected his life and drew him to a woman named Pearl.

One last Q&A. Why do I keep promoting our most unknown history? Because we have become so divided and distracted that we don’t know what’s going on in the world outside and even inside our borders. Wrap your brain around these two sets of allies:

I’m just sayin’. . . History has a way of repeating itself.