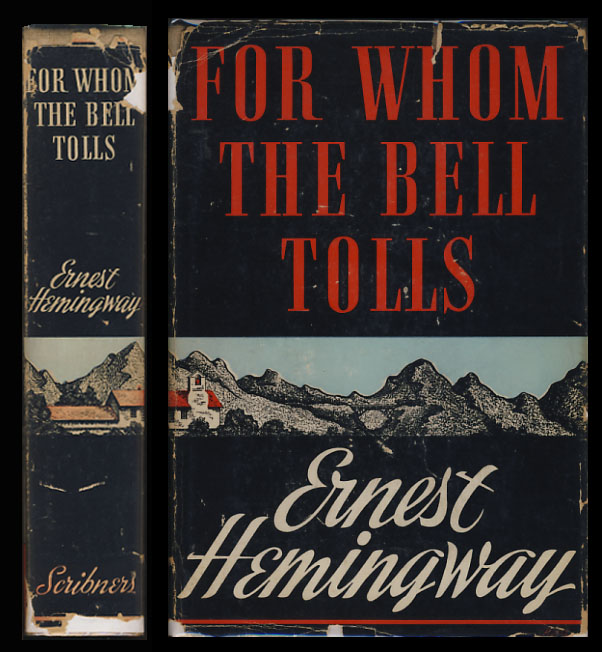 What’s in a name? Do you ever wonder what’s behind the title of a book or a film? At a recent book reading, I was asked how I came up with the titles for my novels.

As I mentally gathered the multiple reasons for the title, I began to think of other books and films with interesting titles. Since the Spanish Civil was a major historical underpinning of my new novel The Weight of a Pearl, I’ll start with this one:

For Whom the Bell Tolls by Ernest Hemingway. I knew the source of the title: “… Any man’s death diminishes me, because I am involved in mankind … therefore never send to know for whom the bells tolls; it tolls for thee.” – John Donne

I had always taken the obvious meaning: that we should care for one another and take no relief in death tolling for someone else, since it will, eventually, toll for us all.

But there was a much deeper meaning to that title. In 1936 America made a conscious decision NOT to help the people of Spain in their fight against Franco, Hitler, and Mussolini. So when the bell tolled for that little struggling democracy, the rest of the free world, including America, had no idea that they would be next. World War Two was our tolling bell. Perfect title.

The theme in this novel is divisions: Entrenched racial segregation in the United States. An entire planet split apart by the first World War. Familial divisions, and divisions in Harlem. The philosophical bickering between leaders with regard to black involvement in the war. The divisions inside the souls of black folk with regard to hatred of our own dark skin. The divisions beginning inside some white folks. The majority, including President Wilson, ignoring the criminality of the lynching epidemic of black citizens, while a small minority began to wake up to the fact of the blood on their hands. The boldly marked line separating the old from the new. Heads raised in pride for the first time. The first seismic rumblings of the Civil Rights Movement had names: Asa Philip Randolph. W.E.B. Dubois. Marcus Garvey. The N.A.A.C.P. Langston Hughes. Ida B. Wells. The Harlem Hellfighters.

Writing The Color Line took ten years of research. I have written four other books since then, and I have striven to improve my writing skills with each one. But I firmly believe that The Color Line was my most important contribution to the world of our history and literature.