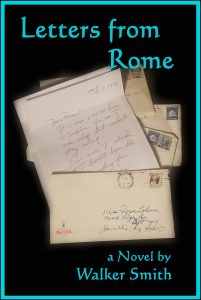 Rome Lewis is a veteran power forward with the Kentucky Colonels of the American Basketball Association. His game has begun to slip due to years of injuries, and rumor has it that the league is about to fold. With the ABA’s scorching stable of stars, which includes Dr. J, George Gervin, Artis Gilmore, and Moses Malone, Rome realizes that he is a poor candidate for transition to the powerhouse NBA. With a wife and two small children to support, the last thing he needs is to become involved with a young girl named Rose.

But from the first moment of eye contact, a “knowing” passes between them that evolves into a timeless intimacy they choose not to question. Despite the guilt and secrecy of their infrequent meetings, their bond deepens until Rome’s professional world intrudes. His mid-season trade to the New York Nets franchise puts their love to the ultimate test—separation.

With the promise of daily letters, Rose remains in Louisville to care for her alcoholic father. To keep her spirits up, she spends time with her hard-partying friend Shelly, but slowly begins to realize the futility of loving a married man. As suddenly as it had begun, her all-consuming affair with Rome Lewis comes to its inevitable end.

But twenty years later, Rose still turns to Rome’s old letters each time one of those “somebody elses” fails to stir her emotions as he did. Unsure of the wisdom of her decision, she sets out on a dual mission. After hiring someone to locate Rome Lewis, she begins work on a new historical novel.  Her characters grow eerily familiar as they wake her from sleep, demanding that she write their stories.  And she realizes that they did not spring from her imagination, but from some unexplainable memories that live with blazing clarity in her mind.  Unaware that her obsession with the novel is directly tied to her ongoing pursuit of Rome, she finds herself on two parallel journeys that unearth one unexpected answer.

“Letters from Rome is Walker Smith at her historical storytelling best. Star-crossed lovers Rose Coleman and Rome Lewis immediately draw you in to their déjà vu affair. From a courtside seat at an ABA basketball game starring Dr. J in his prime, you take a romantic holiday in Maui. With gut-wrenching side-trips to Africa and Vietnam, it is an emotional journey through time. Somehow, Smith pulls it off with seamless style. A fun, romantic, and thought-provoking book. You won’t want it to end.”
— Kimberly Suta, Bunny Hat Productions

“I love Walker’s writing style where she enters and exits the story in an almost non-linear and cinematic form, interweaving Rome’s letters to also illustrate the progression of the story. Walker also is very skilled with dialogue. All in all though, I couldn’t put the book down. It was a SERIOUS page turner. I hated to even take breaks to get lunch and coffee.”

“Captivating from the first page to the Sankofa symbol on the last page. Walker is a master of weaving pieces of history into her novels.”